I went for a run. The rain was falling hard. I came around a corner and noticed a  woman running toward me. She had an air of grace as she approached me with a big smile and asked if we could run together. I responded "yes" although I prefer to run alone. The thing was she resembled my late Grandmother and something about her rendered me curiously confused.

I only saw my Grandmother standing upright at the very beginning of my life. Shortly thereafter she started to fall when walking and experience tingles and numbness in her joints. She was diagnosed (as her late brother whom she nursed until his death) with Multiple Sclerosis; a merciless debilitating and unrelenting illness. It wasn't long before she lost the use of her legs and then her arms and all of her movement from the neck down surrendered to its wickedness. 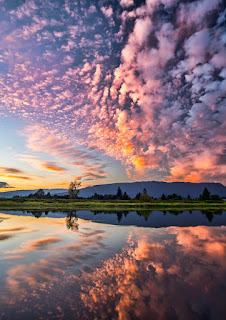 She spent over 30 years laying in a hospital bed unable to move. She passed away from complications of pneumonia and I thanked God for that pneumonia - it was the gift she had been waiting for - the way out.

So here I was on an early morning run with what seemed to be her ghost or spirit. My new friend's name was Joy and she had recently beaten cancer for a second time (although she commented "Next time - I won't be so lucky"). She spoke of her husband who had passed away suddenly on a business trip not allowing for her to say good bye. She had one child, a son about my age who had never married and lived with a 14 yr old Labrador Retriever named Annie. Annie could no longer walk and the Vet had suggested to Nate (her son) that he put Annie down but he refused to do so. Every day he carried Annie outside to do her business and every night he lifted her into his bed to lay beside him as she had since puppy hood.

Two years ago Joy was right back where she started, fighting her second battle - cancer had returned. She fought hard. At times, she felt as if she had already died.

We ran around the summit a few more times and then she said, "I have to go now. I wish I could stay here with you." Then she vanished as instantly as she first appeared.

I made my way home and I thought of Joy, Annie and Nate. I thought of my Grandmother and I wondered if meeting Joy had been a gift? Why had she been running in the same place and at the same time? Why did she resemble my Grandmother in so many ways?
Maybe seeing my Grandmother suffer and have to live such a hellish existence, a punishment not warranted, a jail sentence without trial, gave me hope that in the end, she found a better place. A place of peace and comfort and dignity. A place that she so deserved to be during her time on this earth.

I hope that Joy remains well. I hope that Annie goes easily and painlessly and I hope that Nate finds the strength and courage to let her go.

I hope that anyone reading this who is sick and suffering finds a memory, a really wonderful one and relishes in it long enough to escape their pain.

I hope that if you've lost someone you loved, their spirit will return and appear suddenly, around a bend, looking for someone who runs with ghosts.
at July 11, 2020

I Will Never Stop Looking For You

It’s getting dark. I’m heading home. You won’t be there. I’ll eat alone. I’ll wonder how I ended up Where I’ve ended u...

Whiskey is My Story

Buddy is My Story

Buster is My Story

Misty is My Story

Bam Bam is My Story

Gainey is My Story